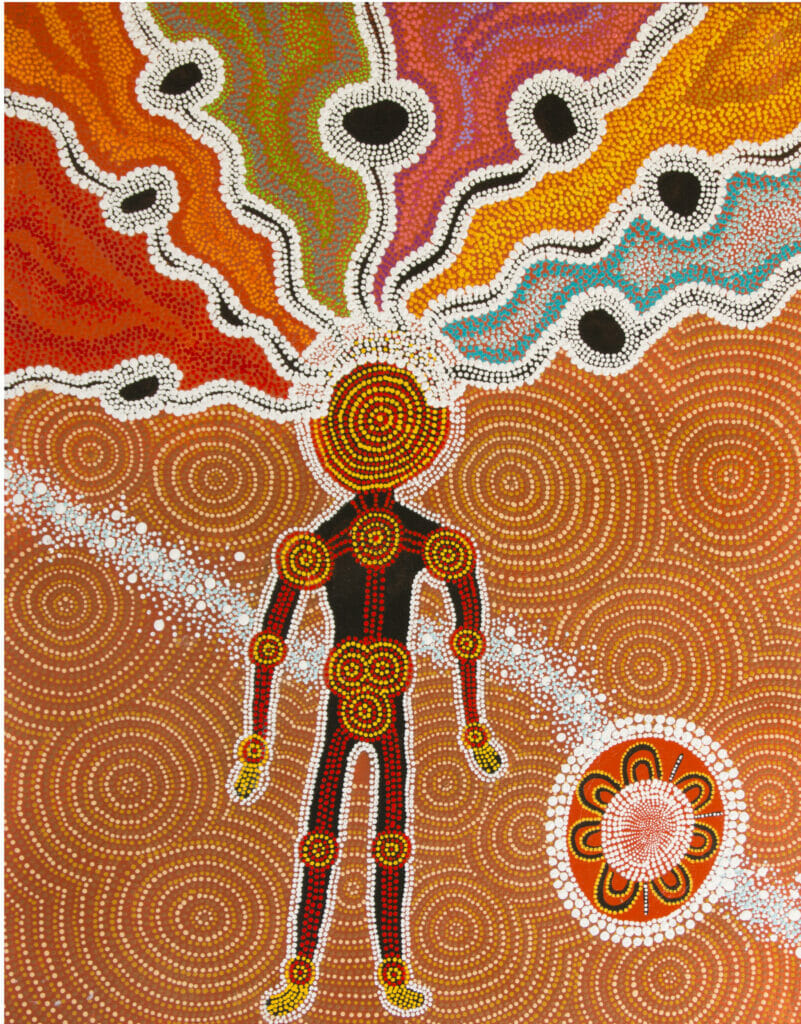 Magnify by mouse or finger drag over image

Seven Spirit represents the belief in indigenous culture that we have more than 2 genders , some believe up to seven, the painting depicted a gender-neutral spirit person , with the seven colours of the rainbow energy coming down into them and connecting them with the dreaming .

The seven spirit concept aligns with the LGBTIQ+ and the seven colours of the rainbow flag .

The painting also shows Elders around a yarning circle representing that the multiple gender concept is included in some of our stories.

The extra time spent at home as given me time to reflect on things, and the seven spirit concept I felt was worth exploring and using as a platform to engage LGBTIQ+ first nations people living with a disability to address issues specific to their intersectionality with these three cultures.
– Paul Calcott 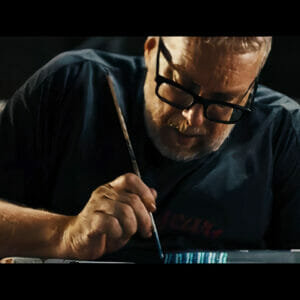 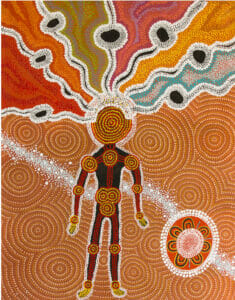 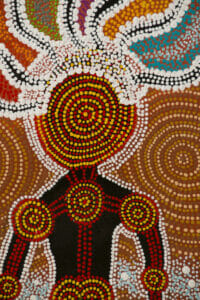 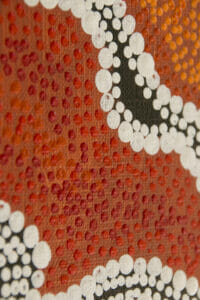 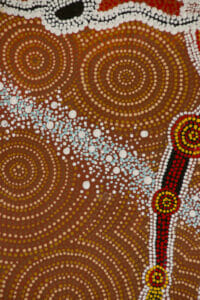